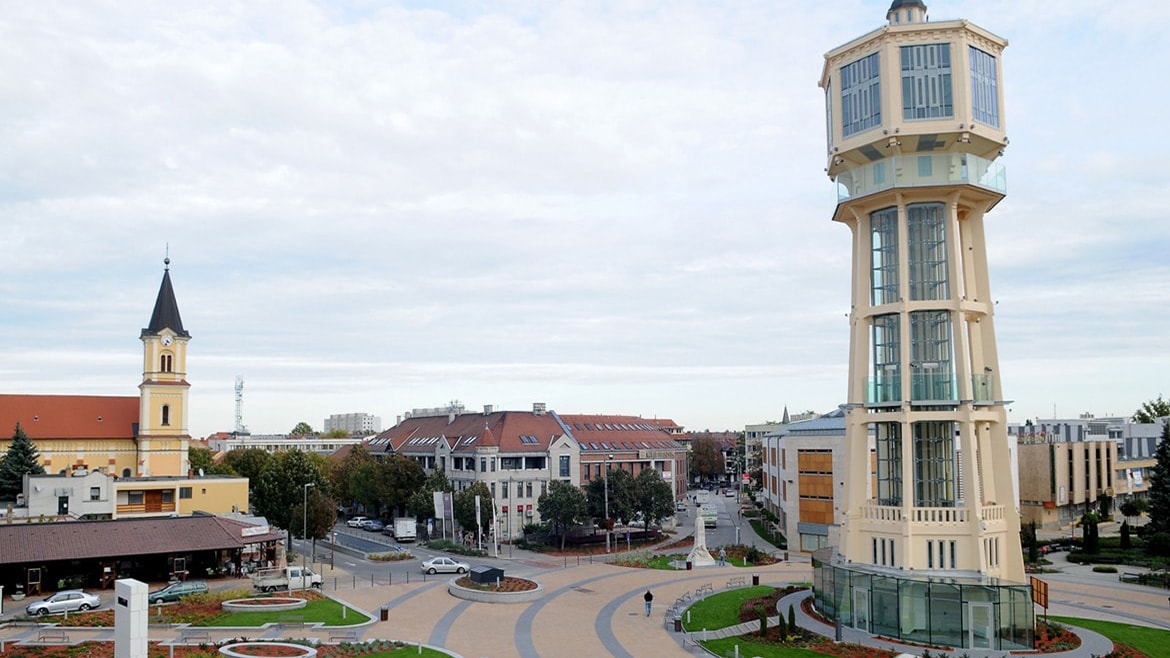 Siófok is one of the busiest tourist centers in Hungary, also called “the capital of the Hungarian summer”. Its holiday resorts and its residential villa district were built as the biggest touristic undertaking at the end of the 19th century. The world-famous operetta composer, Imre Kálmán was born in Siófok, therefore the music-poet’s birthplace is his memorial museum today.

Siófok has a number of art galleries where exhibitions of several famous painters can be seen. We also recommend the museums for those, who are taking or planning to take a round-trip around Lake Balaton. It is worth to visit the Farm Museum of Winery in Balatonboglár, the Lace Museum in Balatonendréd, or the Africa Museum of Balatonederics, where exotic and domestic animals are on display, and where they’re presenting the trophies and ethnographic objects collected through 40 years, by Dr. Nagy Endre, Africa-hunter.

Many famous people had ties to Lake Balaton, whose memorial museums still bring the history and culture of Hungary close to us. We have already mentioned the painter, József Egry’s, or operetta composer, Imre Kálmán’s memorial house, but besides them, we shouldn’t forget about the memorial museums of the poet József Attila in Balatonszárszó, of the actor Zoltán Latinovics in Balatonszemes, or of the politician Endre Bajcsy-Zsilinszky in Kővágóörs. 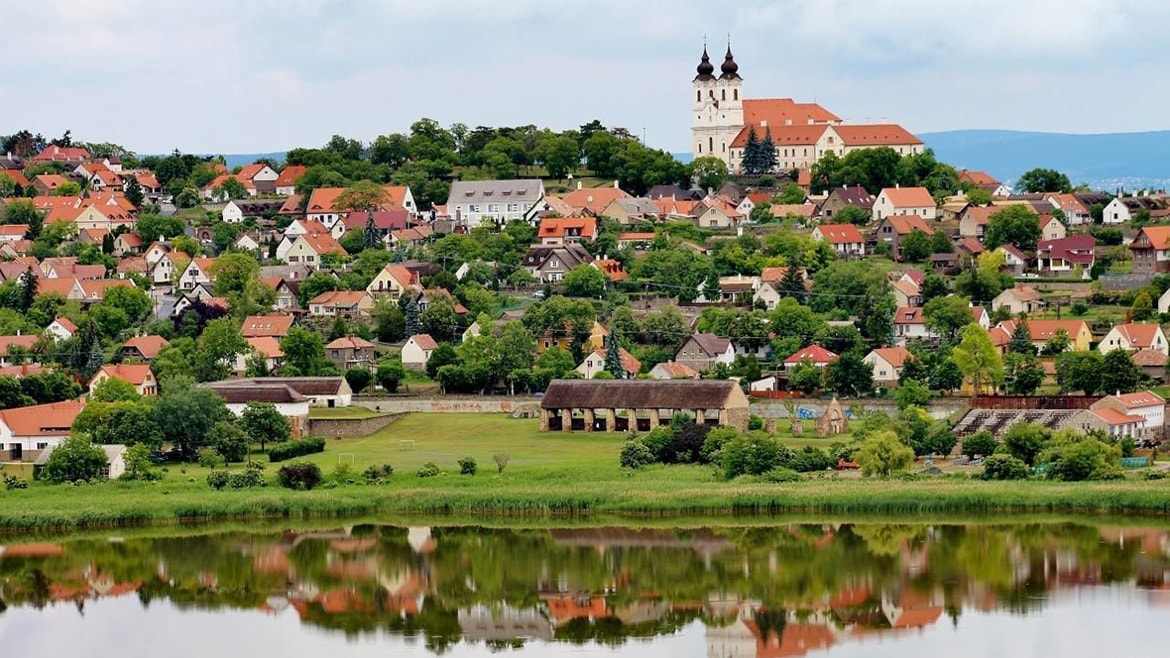 On the northern shore’s natural scenery, as well as on the map, one of the most striking points is the Tihany Peninsula. Its lonely block stands like a watchtower over the strait. On its smaller hill a church and a monastery was built nine centuries ago.

The royal decree on construction, also Tihany’s founding letter of 1055, contains the oldest written words of the Hungarian language in Latin context. From the original church, today we can only see the Romanesque lower-church held by its bulky columns; above it a baroque abbey church was built.

Museums in Tihany: Benedictine Abbey Museum, Open Air Ethnographic Museum (Peasant’s House and Fishermen’s Guild House) and the Doll Museum. During the summer organ concerts are organized in the church of the Abbey.

In Balatonfüred – although its name was not spawned by its baths (in Hungarian: ‘fürdő’), but by quails (in Hungarian: ‘fürj’) living here – still, the bath-culture of Lake Balaton was born here in the 17th century. However Füred, also in many other respects, is the “city of historic firsts”.

It was here, where the Kisfaludy Steam was built and started its first voyage in 1846; later the first sailing yachts were constructed here; and it was also the place of the first stone theatre in Hungary. All this opened a new era in the history of Hungarian tourism. It is worth to start our walk in Füred at the two centuries-old, Gyógy square, that has a nice reform-era atmosphere, and that has been completely renewed in recent years. There, you not only can find the famous Kossuth-spring, but you can start your tour in Füred and go through the beautiful park, that’s more than a hundred years old. Then, strolling along the Tagore-promenade on the waterfront, you can get to one of the most beautiful harbours of the lake.

The nearby church called ‘Kerektemplom’ can be of interest for tourists besides its unique shape, also with the frescoes and paintings of renowned artists. A few minutes from here, is the villa of Mór Jókai, a “prince” of Hungarian literature, which is a memorial museum today. 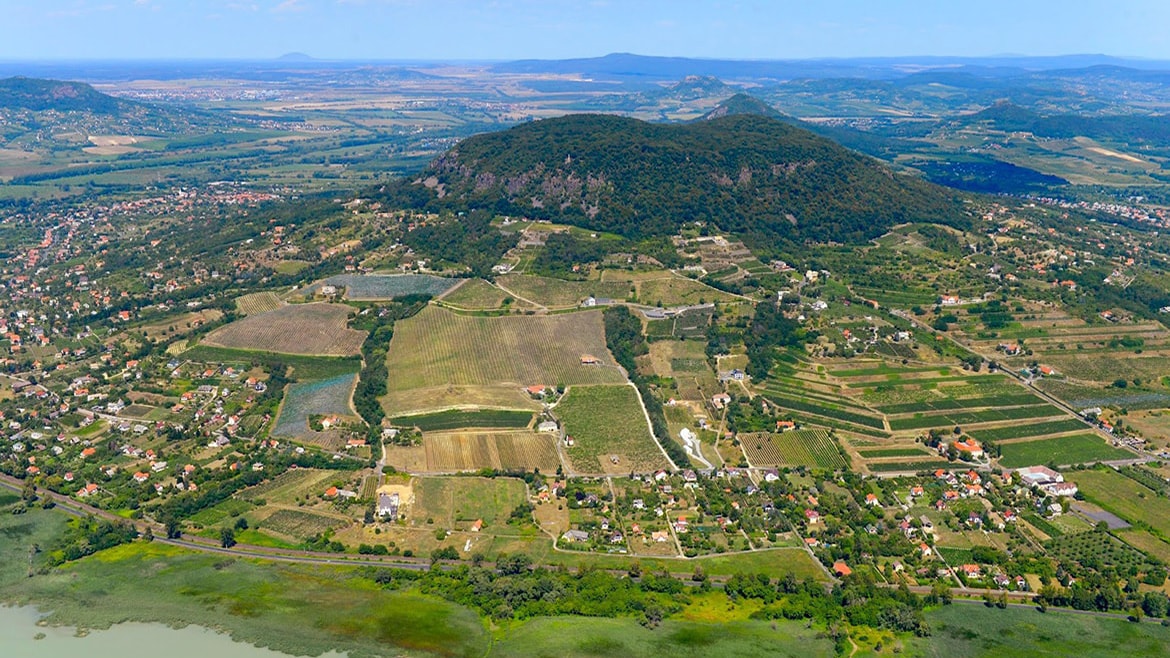 Badacsony is the most famous vineyard in the Balaton region. Here grows the grape from which the famous Badacsonyi ‘Gray Friar’ (wine similar to Pinot Grigo) and Kéknyelű (Hungarian vine variety) wines are made. On the southern slope of the 437meter-high basalt hill, great taverns and wine bars await the hikers.

At the top of the hill, the Kisfaludy Lookout offers a memorable panorama. Below, not far from the harbour, we can find the house of József Egry, “the painter of Balaton”, which is his memorial museum today. 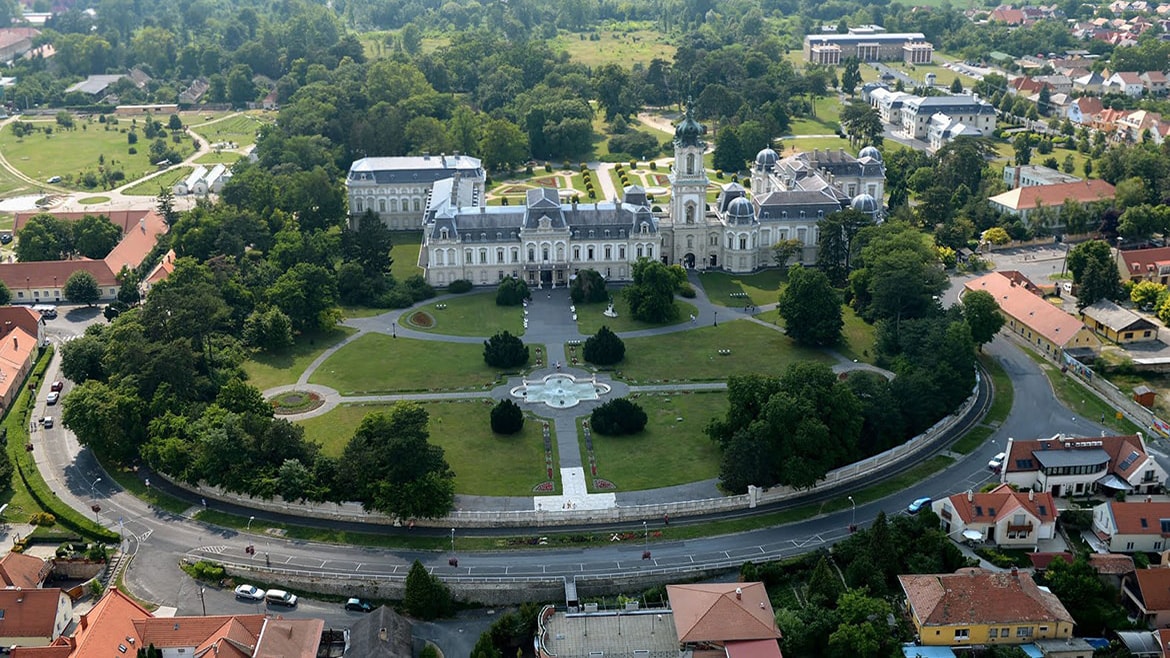 For centuries, the presence of the Festetics family, one of the richest Hungarian aristocratic families was a significant factor of the development and the culture of Keszthely. Their magnificent baroque mansion, which today is a museum, is one of the most beautiful monuments in the Balaton region.

Among the permanent exhibitions that can be viewed in the Helikon Castle Museum are: exhibitions of the lifestyle during the 18th and 19th century; of the art of the Islamic world; of hunting trophies; and in the stable and the coach house a carriage exhibition. In the park and in its bright halls, concerts are organized every week during the summer. Keszthely is rich in museums and showrooms.

For those who come here it’s worth to visit the Historical Panoptic, the “Snail Parliament”, the Doll Museum, and the Georgikon Farm Museum. For the lovers of sweets we recommend the Marzipan Museum and Confectionery. The Museum of Lake Balaton is also beautiful, with its dioramas, and exhibits showcase the formation of the lake, its wildlife, archaeological finds, its ethnography and the history of its bathing life.

Siófok is one of the busiest tourist centers in Hungary, also called “the capital of the Hungarian summer”. Its holiday resorts and its residential villa district were built as the biggest touristic undertaking at the end of the 19th century. The world-famous operetta composer, Imre Kálmán was born in Siófok, therefore the music-poet’s birthplace is his memorial museum today. Siófok has a number of art galleries where exhibitions of several famous painters can be seen. We also recommend the museums for those, who are taking or planning to take a round-trip around Lake Balaton. 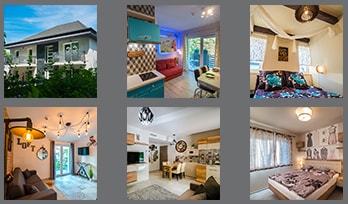 We try to express the cultural diversity of our own taste in our apartments. Most of our apartments have been designed, decorated and furnished by ourselves.